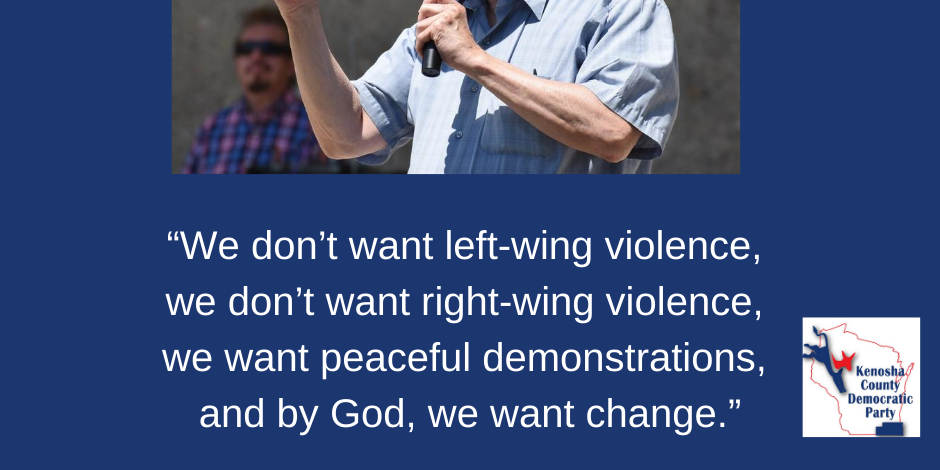 Like presidential and vice presidential candidates Joe Biden and Kamala Harris, Democratic Senator Bob Wirch of Kenosha emphasizes the need for peaceful protests as well as the need for meaningful change to address the systemic racism that impacts people of color in our county, state and nation.

The police shooting of Jacob Blake, caught on video being shot 7 times in the back by a Kenosha police officer on Sunday, has sparked anger in the community.

The results have led to many peaceful demonstrations for change as well attracted outside agitators and led to Gov. Evers responding to the city council's request to bring in the National Guard.

Gov. Evers has also called for a special session to enact meaningful police reforms. He is waiting for a response from the Republican-led legislature.