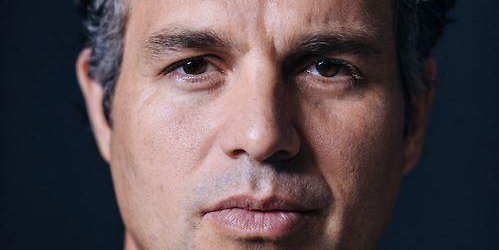 Justice, Unity, and Community Resilience in my Hometown of Kenosha

After too many days of devastating events in my hometown, my father called me. He was crying.

A community coming together — hopeful, strong, and determined to have their rights respected and secure the safety they deserve — It should be an unremarkable thing. But at a time when a few powerful politicians are trying to divide people into “us” and “them,” it is all the more necessary to see people showing up and supporting one another. This is the essence of real community, of safety; and if you take a moment to look, it is on full display in Kenosha.

After likening the police shooting of Jacob Blake to a golfer missing a putt, the president touched down in Kenosha. Meanwhile, the family of Jacob Blake — a Black man shot seven times in the back by police in front of his three young children — joined with neighbors and groups like the newly formed Black Lives Activists of Kenosha to host the Justice for Jacob Community Celebration near the site of the shooting. There was a community clean-up, music performances, homemade food, a voter registration table, a COVID-19 testing station, and even a bounce house for kids.

And there were calls for justice. Neighbors spoke passionately about unity, safety, and ending police brutality. There were calls to ensure safety and well-being for everyone by funding community services, schools and healthcare for everyone, while overhauling our police departments. Jacob’s uncle, Justin Blake, made clear this event had zero to do with the president’s visit; “We don’t want to be disrespectful to the man, we just don’t want to talk to him,” he said. “He has his message, and we have ours.”

Don’t be distracted by the politicians and vigilantes who seek to undermine people gathering together to demand justice for all. They are only trying to sow division and foment fear. Instead, pay attention to those like the Blake family, gathering their community together and taking constructive steps to call for justice and a better tomorrow. Honor them and take part in the broad support — across generations, races, and places — that is lifting up calls for change in the wake of the police killings of George Floyd in Minnesota, Breonna Taylor in Kentucky and Rayshard Brooks in Georgia, and now the police shooting of Jacob Blake in my hometown of Kenosha, Wisconsin.

The unrest touched off by repeated police brutality against Black people is not happening in a vacuum. Polling shows that nine out of 10 Americans understand that racial and ethnic discrimination is a problem in the United States, and that police violence is part of that problem. Most of us understand that if we want our country to be truly safe, all people need to be able to trust our systems of law enforcement. That can’t happen as long as police kill, disrespect, and unfairly target Black and Brown people and people who struggle to make ends meet.

We all want to live in safe, vibrant communities, no matter what we look like or what our zip code is. We can accomplish that by putting our belief in liberty and justice for all into action, and by refusing to take “no” for an answer. Times of upheaval can also be times of opportunity. If we want equal justice, real public safety, and a more perfect union, this is our chance to make it happen.

Mark Ruffalo is an actor and the co-founder of The Solutions Project, which works to accelerate the transition to 100% clean energy and equitable access to healthy air, water, and soils by supporting climate justice organizations, especially those led by women of color.