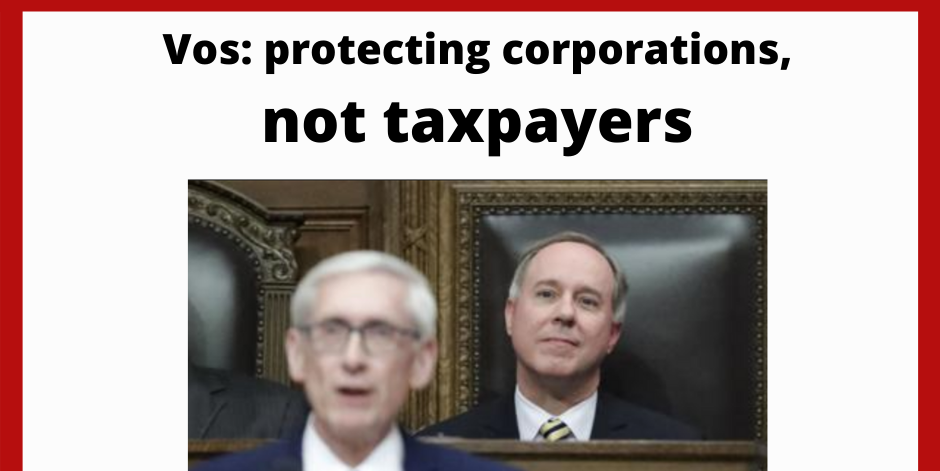 Foxconn broke it's promises to Wisconsin

More than three and a half years later, the campus is down to one-twentieth that size, the total jobs are in the hundreds (and many of those workers have now been laid off) and the investment the company claims (and which has not been verified by the state) is only $750 million.

The Wisconsin Economic Development Corporation (WEDC), the state body who oversees the Foxconn project and protects the taxpayer's investment, made the decision to withhold tax credits to Foxconn because of changes in what the company promised in their contract to do and failure to meet it's promised goals.

That is “a bunch of B.S,” Republican Assembly Leader Robin Vos said. “This is just them looking for a loophole.”

Vos claims he appointed himself to the WEDC board because he wants to make sure that Foxconn is “treated fairly.” Note: he did not say he is there to assure TAXPAYERS are treated fairly.

The Foxconn deal was touted as the "Eighth wonder of the world" by Donald Trump, Scott Walker and Wisconsin Republicans. The "deal" was the largest subsidy ever given by an American government to a foreign company.

Walker’s plan offered the largest per-job subsidy ever promised by Wisconsin, which would have risen to as much as $611,000 per job.

But Republicans swore this would be worth it because it would create another 'Silicon Valley' in Wisconsin.

Last April Foxconn announced that it would partner with Medtronics to make ventilators, with a goal of manufacturing 400 ventilators per week by the end of April and 700 per week by May 2020.

Considering the number of COVID-19 cases has exploded in America since then, you’d think Foxconn’s ventilator business would be booming.

Didn't happen. More than nine months later there is no sign of any such products being manufactured by Foxconn.

Then, in November, there were also reports that Foxconn would be creating circuit boards, another of many changes to the original deal Wisconsin entered into with the Taiwanese company with a poor track record of making good on its promises.

WEDC and the Evers administration have been working for nearly two years to amend the contract with Foxconn so it reflects the actual manufacturing the company is doing, rather than the countless claims it has made since July 2017.

Wisconsin taxpayers have already paid tens of millions of dollars on the Foxconn complex, including on removing homeowners, some reluctantly, from their properties.

By appointing himself to the WEDC board, Vos has now inserted himself into the process to make sure Foxconn gets what he feels they are owed.

He's not fighting for the taxpayers whose money is on the line as Foxconn repeatedly fails to make good on its promises.

The Foxconn Road to Ruin