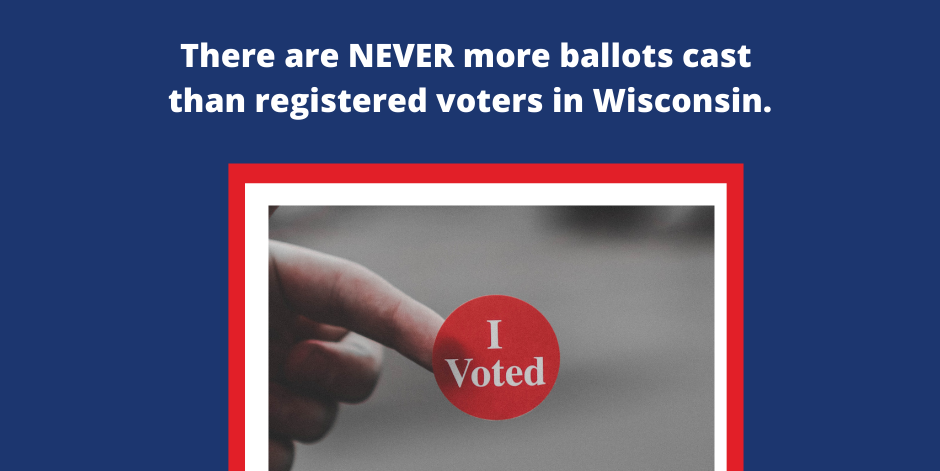 FALSE: more people voted than were registered in Wisconsin

Wisconsin Elections are secure and accurate

The State of Wisconsin had 3,684,726 active registered voters on November 1st. Nearly 3.3 million people in Wisconsin voted in the presidential election. That is the highest raw number in history. Turnout among the voting-age population was 72.5%, the highest since 2004.

Wisconsin, like many other states, allows same-day voter registration during early voting and on Election Day with proof of residence. Voters may then cast a ballot with an accepted picture ID.