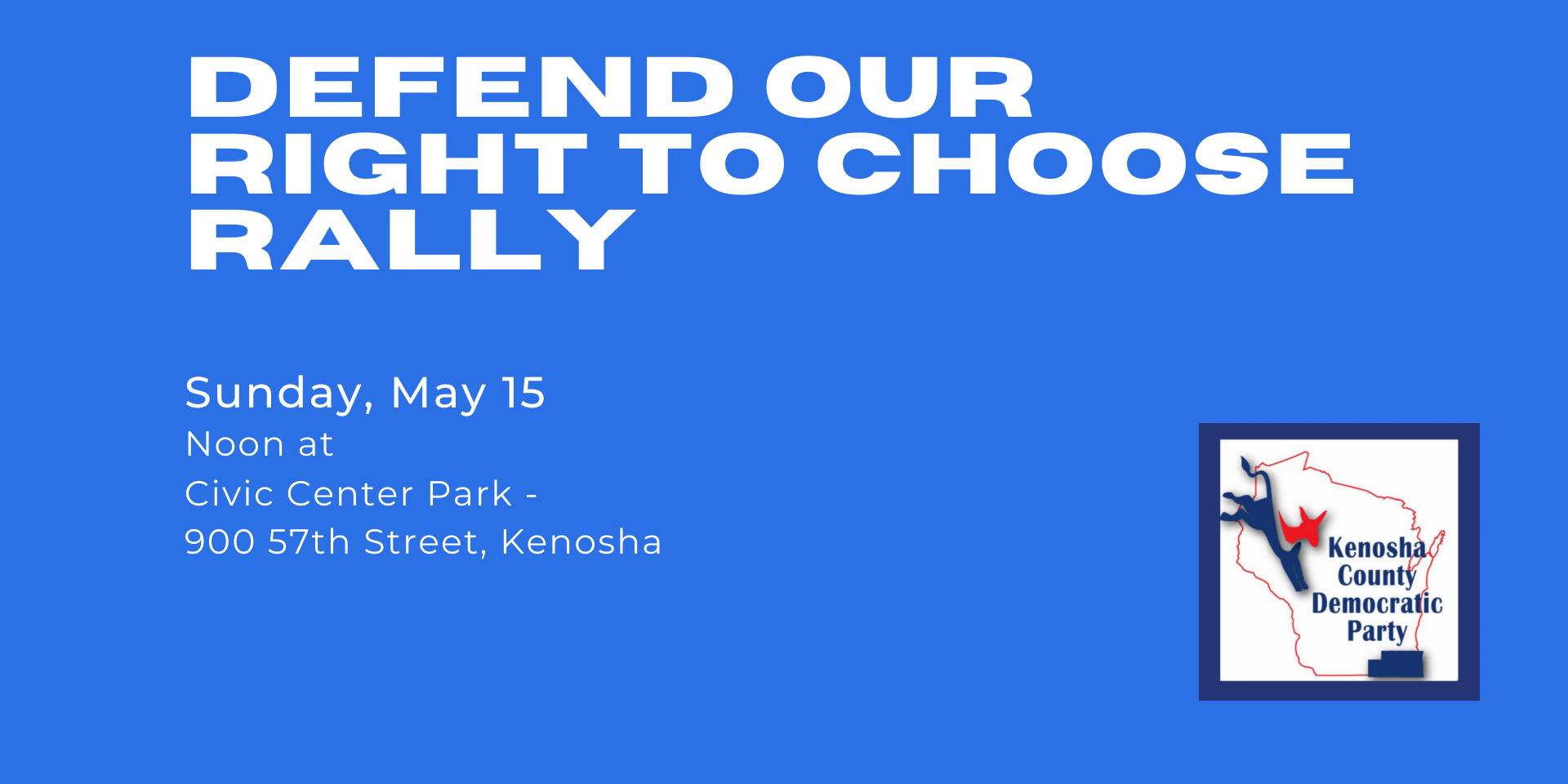 Defend Our Right To Choose Rally

Join us to protest the possible overturn of Roe v Wade

Join us to stand up for medical privacy, medical autonomy and against government forced-birth.

“We will not go back. Generations of people worked to secure the hard-won right to privacy protected by Roe. Healthcare decisions are family decisions made together with doctors, they are not decisions for the courts. Abortion is healthcare - for many reasons - and must remain both safe and accessible. Overturning Roe will not stop abortions, it will end medically safe abortions that protect the lives and economic security of women. Overturning Roe will disproportionately impact low-income people and people of color. Republicans’ grave overreach into people’s private medical decisions cannot be allowed. As Democrats, we trust people to make private healthcare decisions about their own bodies without government interference and we will work to re-elect candidates like Gov. Tony Evers, Attorney General Josh Kaul and to elect Ann Roe to Congress, all of whom share this belief and will fight to defend our medical privacy.”

The Supreme Court decision in Roe has constitutionally protected healthcare decisions since 1973 and was based on a long line of precedent recognizing the Fourteenth Amendment’s concept of personal liberty against government interference with intensely personal decisions. This long-standing court decision allowed Americans the ability to decide if and when to start a family, protecting a person’s autonomy over their health, safety, and economic freedom.

The basic stability in our law relies on courts not overturning long-standing precedent based on partisan ideology. Yet the current Supreme Court has indicated a willingness to legislate from the bench, which is not the job of a court, and set aside long-standing precedence in favor of elevating their evangelical ideology over the privacy rights of the citizens of our country.

And Republicans have already indicated they will move further with their extremist beliefs-criminalizing people who become pregnant and healthcare professionals who provide medical services, into limiting or eliminating the accessibility of contraceptives, into overturning marriage equality and other individual privacy rights.

We will have sign making stations available at our office on Wednesday May 11th from 3 to 6 and on Saturday May 14th from 10 am to 4 pm.