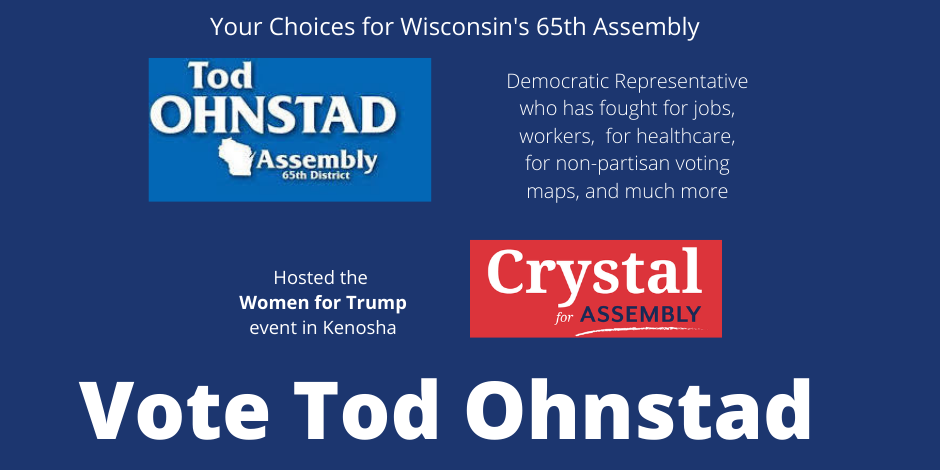 Serving his third term in the State Assembly, Tod Ohnstad represents the 65th Assembly District, which is comprised of the City of Kenosha.

He is ranking member on the Assembly Jobs & Economy Committee.

In 2008, Tod was elected to the Kenosha City Council, where he once again represented working people. Having been re-elected two more times, Tod finished out his last term as Alder for District 6 in 2014.

Crystal Miller, in her first run for public office, is a Trump voter who hosted the Women for Trump event in Kenosha.

Former Lt. Gov. Rebecca Kleefisch was her guest of honor.

During the event the talk was political and partisan.

Kleefisch claimed that if universal health care ever came to the U.S. it would limit American freedom.

You can read more about Crystal Miller's event here:

Meet some of the Wisconsin women working to re-elect Trump