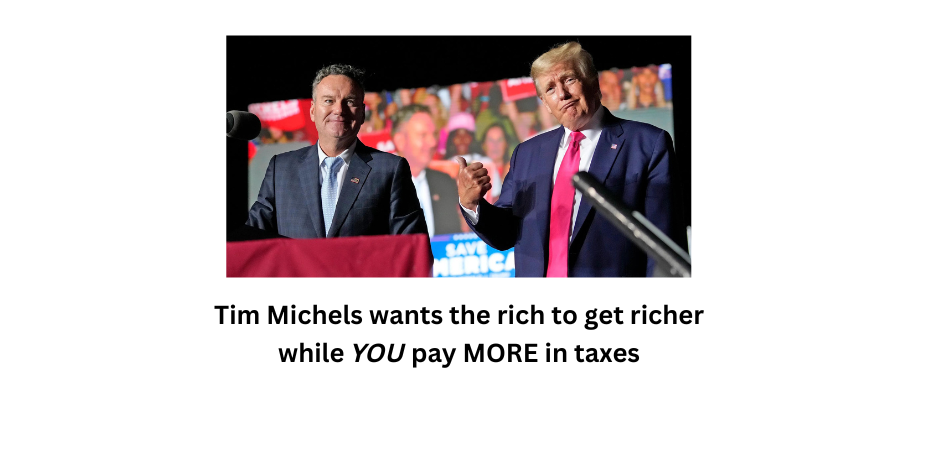 Republican gubernatorial candidate Tim Michels' supposed "solution" to inflation will only make things worse for working Americans, according to over two dozen economists who have looked at his plan.

The findings were written in a letter signed by economics professors from universities in Wisconsin, Missouri, Illinois, New Jersey and Massachusetts.

The non-partisan Legislative Fiscal Bureau did their own analysis and agrees, Michels' flat tax would benefit the rich and hurting working Wisconsinites.

Under the flat tax Michels has alluded to, about 3% of Wisconsin residents would get an income tax cut, while people making $25,000 to $300,000 per year would actually see their taxes go up.

And who would be one of the people who benefits most from this tax plan? Tim Michels himself.

Michels regularly reports more than $1 million in state income taxes. That payment level suggests he has an income of up to tens of millions of dollars a year, meaning he would be one of the top benefactors of a flat tax.

In his first term Gov. Evers has already delivered a 15% tax cut for most Wisconsinites and cut taxes by $500 million for small businesses. Gov. Evers’ work delivered historic tax cuts to Wisconsinites.

Gov. Evers has also attempted to send a portion of the state's $5 billion tax surplus back to Wisconsinites who are feeling the pain of inflation. Republicans in the state legislature have refused to return the money to Wisconsin taxpayers.

“A flat tax — no matter what form it takes — only contributes to what might be called a decades-long strategy of institutionalized piracy, in which the power of the state is used to prey on the wages, savings, and political leverage of ordinary citizens on behalf of cronies and economic elites,” wrote Phil Rocco and Sam Harshner, both affiliated with Marquette University.

Under Michels flat tax plan, the rich would get richer on the back of working Americans.