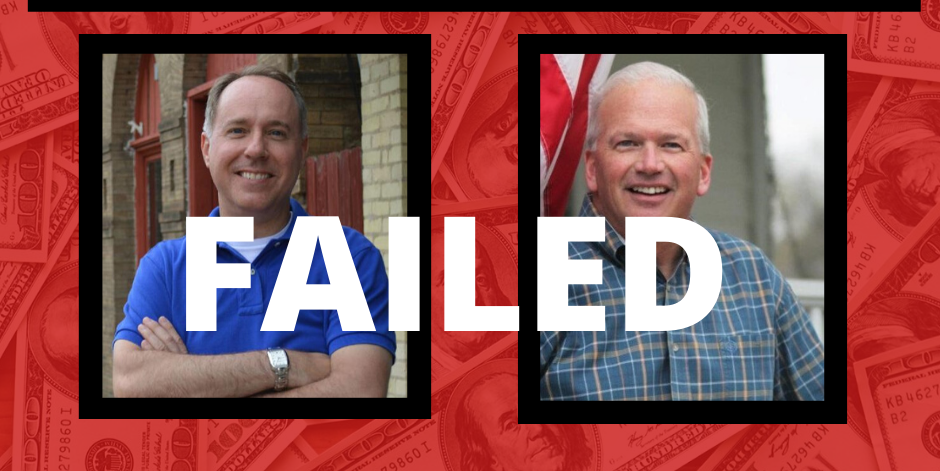 Republican leaders gaveled out in February for the year and went home, leaving Gov. Evers to grapple with the health and economic impact of the coronavirus on Wisconsin by himself.

"This is one of the many reasons that the governor urged the legislature to act quickly and without delay," Evers' spokeswoman Melissa Baldauff said in a statement about their failure to act.

Wisconsin lost out on $25 million in federal funding to help pay for unemployment benefits during the coronavirus pandemic because Republicans who control the Legislature didn't act in a timely manner. Instead they waited until the 11th hour, despite Gov. Evers' urging and lost out on funds meant to help Wisconsinites who are out of work due to the coronavirus.

The missed funding comes as the state Department of Workforce Development released projections showing the state fund that will cover that $25 million and billions more in unemployment payments could be depleted as early as October.

Federal relief legislation passed in late March known as the CARES Act included provisions that would reimburse states for unemployment benefits as long as the state did not require the jobless to wait one week before they could receive aid.

Wisconsin lawmakers waited to pass a state relief package until mid-April that suspended the state's one-week waiting period and sought to take advantage of the federal reimbursements by including a provision that covered benefits retroactively, to early March.

It was initially unclear whether the federal legislation would honor a retroactive provision in state legislation and provide reimbursement for benefits paid before lawmakers acted, but GOP legislative leaders were warned of the possibility it wouldn't be by Democratic members in the state's federal delegation in a letter dated April 3.

All along, Wisconsin lawmakers and Gov. Tony Evers agreed the state's one-week waiting period should be suspended — a rare consensus made soon after Evers declared a public health emergency in early March when the virus began to spread in Wisconsin.

Evers proposed a $700 million package to GOP legislative leaders on March 21, which included suspension of the one-week waiting period.

But GOP legislative leaders didn't schedule floor sessions to pass the legislation until the week of April 13, two weeks after the federal CARES Act was passed.

The regional office of the U.S. Department of Labor told DWD on April 20 the CARES Act did not allow Wisconsin to receive the reimbursement for benefits paid before the state relief package was signed into law.

The state relief package and floor sessions were ultimately introduced and scheduled by Republicans just a few days before the state would have lost out on hundreds of millions of dollars to pay for Medicaid-related costs, leaving little time to make changes to the bill. By that time Wisconsin was one of only a few states that had not acted to provide relief for the sick and unemployed during the pandemic.

As of Wednesday, the unemployment insurance trust fund stood at more than $1.9 billion, but due to a flood of claims, the trust is at risk of running dry this year if the current rate of claims continues — putting more pressure on Evers to consider allowing more people to go back to work.

About 300,000 claims are being made a week for unemployment insurance, about 194% higher than the number of claims made in the first year of the Great Recession, according to the DWD. If that level of claims continues for the next several months, the fund would run dry by Oct. 11, according to department projections.