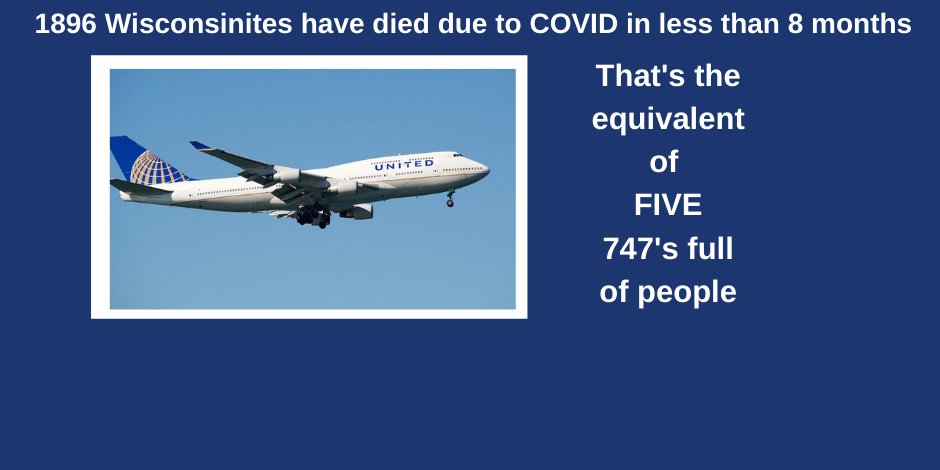 Over 190 days without a plan

We take off our shoes at airports based on the threat of one shoe bomber.

Yet the equivalent of five 747's full of Wisconsin citizens have died, and Wisconsin Republicans won't even have a conversation with the Gov. Evers, whose safety mandates they continue to fight.

Wisconsin Republicans Robin Vos and Scott Fitzgerald have spent $2 million suing Gov. Evers this year, but have not met with him ONCE to develop a plan to stop the spread of the virus to keep the people of Wisconsin safe or to address the huge economic impact of the virus.

In fact, they haven't met in session, virtually or in person, in over 190 days to do ANYTHING for the people of Wisconsin, the least active state legislature in the nation during the pandemic.

After Vos and Fitzgerald successfully sued to end Gov. Evers safety plans, saying he overstepped his authority during a pandemic, they have come forward with no plans or ideas of their own.

Vos and Fitzgerald requested a meeting with Gov. Evers three weeks ago and he agreed, asking them to come prepared with a plan to discuss. They still haven't scheduled the meeting or prepared a plan.

These same Republicans continue to flout the mask mandate at meetings and rallies — some of them indoors, where the virus is more likely to spread. The offices of both Vos and Fitzgerald are now both experiencing COVID outbreaks among their staff.

Wisconsin has the laziest legislature in the nation