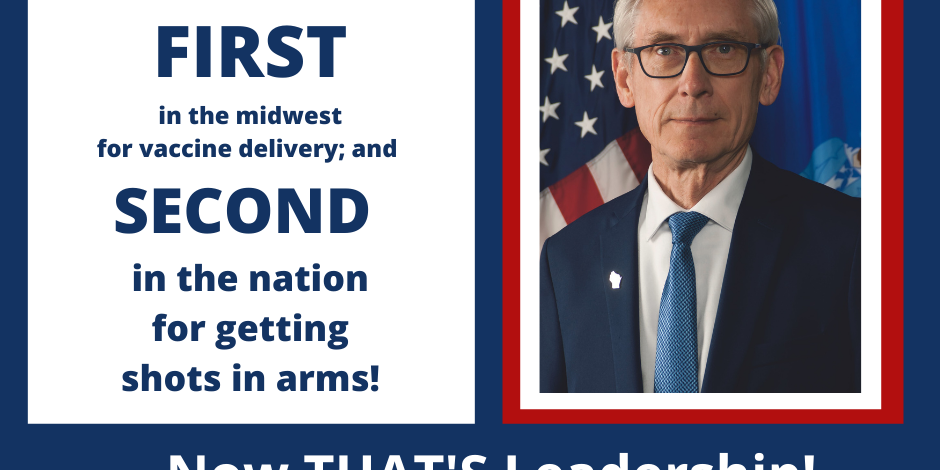 The complex logistics involved in quickly delivering vaccines to millions of people has allowed Wisconsin's economy to see a remarkable recovery from the impacts of COVID.

The Wisconsin Economic Development Corporation (WEDC) reported this week that Wisconsin businesses exported more than $11.5 billion in products around the world from January to June 2021. That is an 18.41 percent growth over the same period in 2020.

Wisconsin’s current budget cycle is projected to end in two years with about $1.7 billion left over, one of the largest surpluses in recent memory.

This is a huge change over past budgets. The Fiscal Bureau reported that nine of the 10 most recent state budgets, 9 of those under Republicans, were projected to result in a budget deficit, the worst projection being a $2.9 billion budget gap.

Evers' budget included $685 million in school spending. Wisconsin will hit the mark of two-thirds funding for schools for the first time in 20 years. In addition, Evers has committed federal COVID funds to help schools re-open to in-person learning in the fall.

The budget will allow the state to receive $100 million in federal funds for schools and children.

He also kept his promise to the middle-class, signing $2 billion in tax relief and cutting taxes for middle-class families at a time when people in the state needed it most.