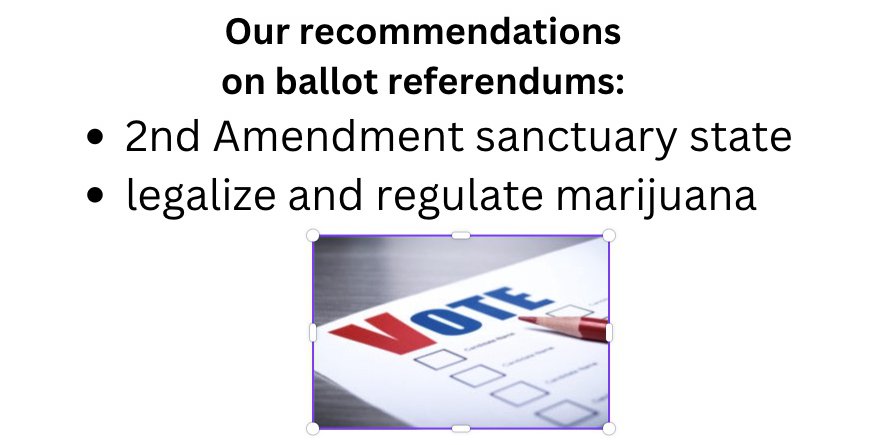 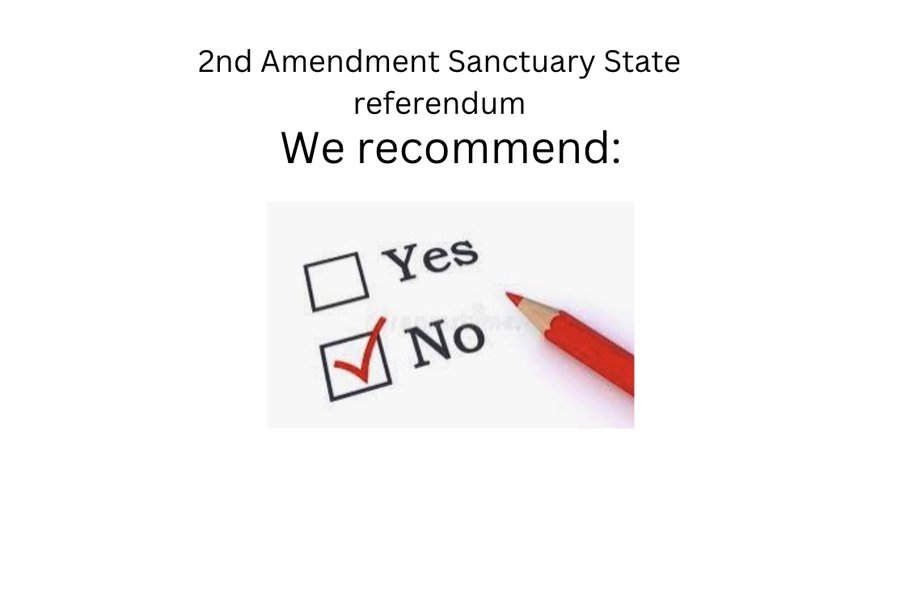 On ballots in Kenosha County in November, residents will find an advisory referendum to measure public opinion on making Wisconsin a Second Amendment sanctuary state. The question reads:

We recommend you vote 'NO'

*Note: Advisory referendums are non-binding, meaning even if this passes, it will not become law.

People who support 2nd Amendment sanctuaries believe there should be no enforcement of state and federal gun safety laws. 2A sanctuary efforts in other states have been secretly funded by the NRA and anti-government extremist groups. People who support 2A sanctuary proposals believe that gun safety laws, even though they have been passed by democratically-elected officials, "infringe" on their gun rights. They want no restrictions on their ability to own and carry guns. They also believe no tax money should go toward enforcing gun safety laws.

In reality, law enforcement officers and government local governments cannot legally refuse to enforce public safety laws, even if the majority in Kenosha County vote 'YES' in November. Even though some 2A sanctuary proposals claim to prohibit enforcement of state or federal gun laws, local jurisdictions do not have the power to override these laws. Legislation that tries to do so is illegal and unconstitutional.

The Supremacy Clause of the U.S. Constitution clearly establishes that federal law is “supreme” to state law. In the event that state law conflicts with federal law, the federal law is the ultimate authority. States have enshrined similar supremacy clauses in their constitutions that make state law supreme over local law, and this includes gun laws.

This 2A sanctuary ballot item is purely symbolic and carries no legal weight.

If this referendum passes, it puts law enforcement in a difficult position: forced to choose between enforcing state and federal laws, which they took an oath to uphold, as well as their state's constitution, or ignoring the law and their oath in order to please 2A sanctuary supporters. Some of those government officials may also determine funding for law enforcement.

Making Wisconsin a 2A sanctuary state is misleading, will cause confusion and fuel misunderstandings, which will be dangerous to public safety and to law enforcement officers.

The appropriate process for challenging a law’s constitutionality, including a gun law, is to challenge it through the court system. The U.S. system of checks and balances and separation of powers bestows elected legislators with the power of enacting laws, law enforcement officials with enforcing laws, and courts with deciding the constitutionality of laws. Second Amendment sanctuaries are an attempt to circumvent these constitutional processes.

Vote 'NO' to making Wisconsin a 2nd Amendment Sanctuary State. 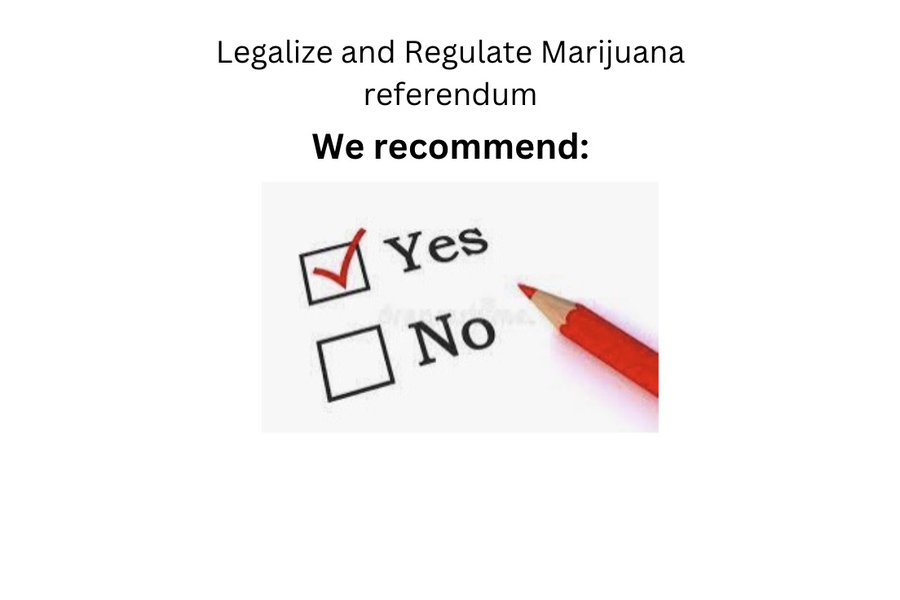 On ballots in the city of Kenosha, residents will find an advisory referendum to measure public opinion on allowing adults 21 and older to engage in the personal use of marijuana, while also regulating commercial marijuana-related activities and imposing a tax on the sale of the drug.

The question on your ballot reads:

“Should marijuana be legalized for adult use, taxed, and regulated like alcohol?”

We recommend you vote 'YES'

*Note: Advisory referendums are non-binding, meaning even if this passes, it will not become law.

Kenosha is failing to benefit from marijuana-related small business opportunities and sales tax that neighboring communities in Illinois are increasingly capitalizing on. Illinois received $450 million in tax revenue last year - revenue that flows into municipalities throughout their state to help fund public services. Part of that money is coming from people in Kenosha who travel to Illinois to purchase marijuana - money that could be benefitting our communities instead.

Legalization would also undercut the illicit market, and ensure that marijuana use and sale are regulated and safe.

Vote 'YES' on legalizing and regulating marijuana for adult use like alcohol.