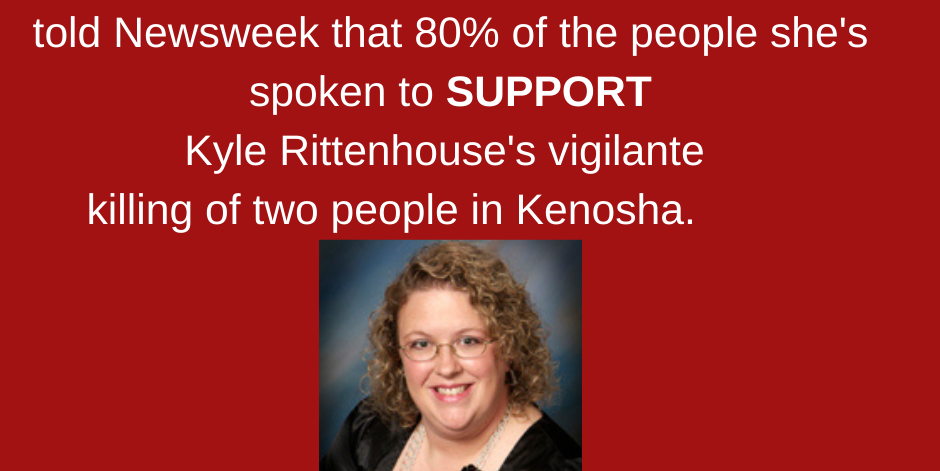 The chair of the Kenosha County Republican Party told Newsweek Tuesday that about 80 percent of the people she has spoken with support the killing of Anthony Huber and Joseph Rosenbaum and the wounding of a third man by vigilante shooter Kyle Rittenhouse in Kenosha last week.

"It looks like it was self-defense, and, talking to people around the area, I would say about 80 percent of the people support what Kyle did," Decker said.

The remaining 20 percent of Kenoshans are "probably the people that can't stand Donald Trump and can't stand anything conservative or Republican, so they're just going to attack anything that resembles that," she said.

Lori Hawkins, the chair of the Kenosha County Democratic Party, told Newsweek that the responses she's received in the wake of Decker's comments about Rittenhouse indicate a majority of Kenoshans do not support him and are instead "horrified" by his alleged actions.

Rittenhouse, a 17-year-old from Illinois, was arrested on August 26 after allegedly shooting three people during a protest in Kenosha the night before. Two of the people he allegedly shot died and the third person was taken to a hospital with serious but non-life-threatening injuries, according to the Kenosha Police Department. Rittenhouse was charged with first-degree intentional homicide on August 28.

The shooting occurred on the third night of protests that began in response to the shooting of Jacob Blake, a 29-year-old Black man whom Kenosha police said was shot in the back seven times by an officer responding to a domestic incident call. Blake's family's lawyer, Ben Crump, said last week that Blake was paralyzed from the waist down as a result of the shooting, which is currently under investigation.

You can read the full article here.