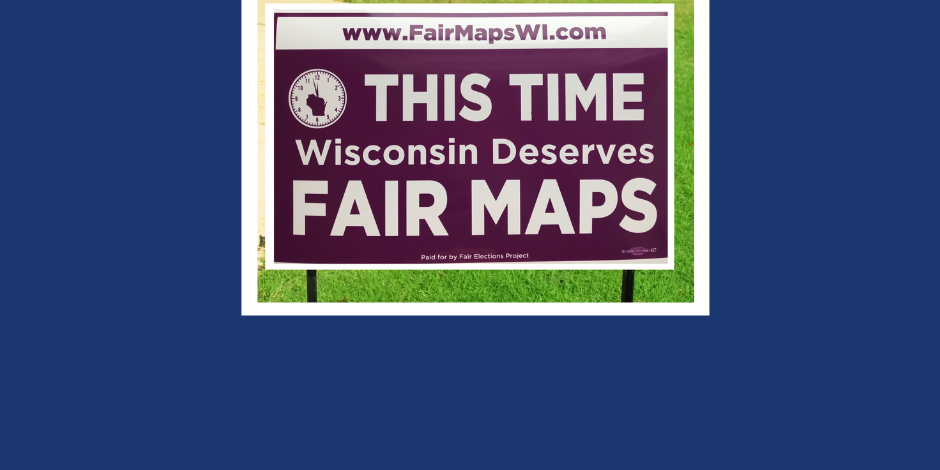 Kenosha County residents: We recommend voting "Yes" on the non-partisan voting maps resolution on your ballot

If you live in the county of Kenosha, the non-binding advisory referendum on your ballot reads:

“Should the Wisconsin legislature create a nonpartisan procedure for the preparation of all district maps at all levels of government: federal, state, county and municipal in the State of Wisconsin?”

We recommend a "yes" vote.

What are fair maps?

Every 10 years, after the national Census is taken, states redraw the boundaries for their legislative and congressional districts.

In Wisconsin, the State Legislature has constitutional authority when it comes to apportionment and redistricting. The political party that’s in power at the time – whether Democratic or Republican – has tended to draw maps that are tailor-made for their reelection. If neither party has full control, sometimes a deal can be made, and if not, a judge will intervene and impose a map, as has happened three times in the last forty years.

Wisconsin's maps were gerrymandered in 2011 following the census.

In 2011, the GOP in Wisconsin swept to power, taking over control of the Assembly, the Senate, and the Governor’s office, and it took the practice of partisan map rigging to new levels.

It also decided to redraw the maps not in public, in the Wisconsin Capitol, but instead in a locked office of the private, pricey law firm across the street, Michael Best & Friedrich.

That’s not how the people’s business is supposed to be done.

The Republican leadership hired demographic specialists and computer experts to employ the latest mapping technology to create maps that were more rigged than almost any in modern history.

The leadership then rammed the maps through the legislature in ten days flat. The bill, 2011 Act 43, was then signed into law by Gov. Scott Walker.

And the new maps did what they were designed to do: They ensured that the Republicans grabbed more seats. For instance, in the first election under the plan, Republicans won 60 out of 99 seats in the Assembly despite losing the aggregate statewide vote.

So why is Gerrymandering bad?

Gerrymandering allows the elected officials to pick their voters rather than the other way around. It allows a political party that happens to hold the state assembly, the state senate, and the governorship on even-decade years to rig maps to keep themselves in power for another 10 years. It deprives voters of other parties of an equal chance at political power, interfering with their First Amendment and Fourteenth Amendment rights. And fundamentally, it leads to unrepresentative government.

One major downside of gerrymandering is that it makes more districts more uncompetitive, and as a result, the elected officials in these districts do not have to be responsive to their constituents who are in the minority. This, in turn, leads to hyper-partisanship

When incumbents are in safe districts, they don’t need to listen to those constituents who disagree with them. They can be as dogmatic as they’d like because they won’t pay any price for it. As a result, compromise becomes nearly impossible, and even plain old courtesy goes out the window. On top of that, incumbents are threatened within their own parties if they dare to stray from the party line; they are told they will be “primaried” by a candidate who is more in lockstep with the leadership, which will provide a lot of funding for that challenger.

Iowa has found a way to achieve fair voting maps and Wisconsin can too!

For the past 35 years, career civil servants – and not the leaders of the party in power – have drawn the district maps there, with specific criteria that guard against partisanship and favoritism. It works well there. With just some state-specific adjustments, it would work well in WisconsinThe vast majority of Wisconsinites oppose gerrymandering and want nonpartisan redistricting according to numerous polls by the Marquette Law School.

According to the most recent poll in January, 72 percent of Wisconsin voters want a nonpartisan commission to draw the legislative and congressional district maps instead of elected officials and lobbyists.

This sentiment is strong across all political viewpoints, with 63 percent of Republicans agreeing with it, 76 percent of independents, and 83 percent of Democrats.

We've now been given the ability to send a message to our legislators that we want non-partisan voting maps.