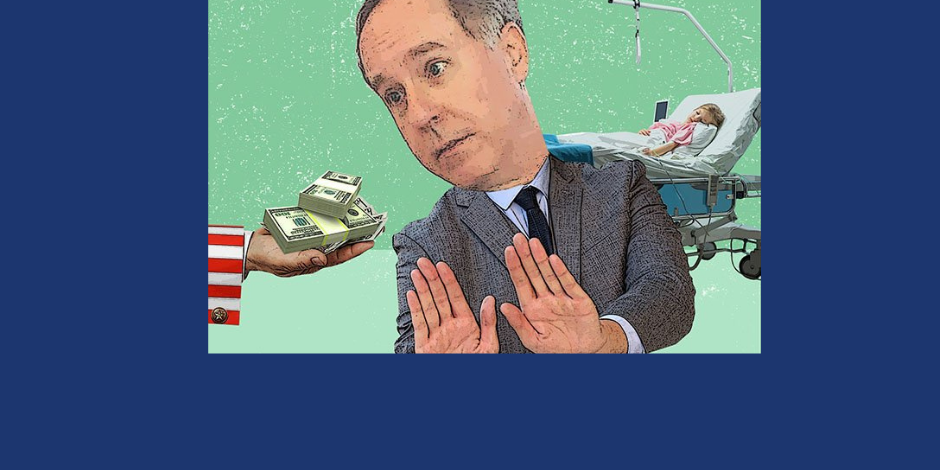 City of Kenosha voters, we recommend voting "Yes" on the non-binding advisory BadgerCare expansion referendum on your November ballot.

You will find this question on your ballot:

To date, Wisconsin has missed out on $1.1 billion in federal money for Medicaid expansion.

Yes, Wisconsin's Republicans chose to have Wisconsin citizens pay more for healthcare in order to get less.

It is one of only 13 states that have not accepted Medicaid expansion money and the ONLY one where Republicans did a partial expansion without taking the money, passing the costs fully onto its citizens.

Had Republicans accepted Medicaid expansion, 72 counties would have benefitted from accepting the $324 million in federal money.

That would have leveraged $1.6 billion more for spending on health care across the state.

Of that, $836 million would have come at no cost to the state.

Had Republicans accepted the federal expansion dollars, Wisconsin would have qualified for federal funding for a program that provides assistance to acute care hospitals, the very hospitals we need right now to care for the sickest COVID-19 patients.

Governor Tony Evers' budget would have expanded BadgerCare, the state’s Medicaid program for low-income populations, to include adults up to 138 percent of the federal poverty level (FPL).

The Governor’s proposal would have expanded Medicaid eligibility to an additional 82,000 Wisconsin residents with incomes between 100 percent and 138 percent of FPL.

As specified in the Affordable Care Act, the federal government would pick up 90 percent of the cost in 2020 with full expansion (compared to the 60 percent share currently covered in Wisconsin).

On a party-line vote, the Republican legislature also cut many important health care investments the Governor had proposed that would begin to reduce Wisconsin’s shameful level of racial disparities in health outcomes.

Wisconsin's African-American community is being hardest hit by the COVID-19 virus and is the least able to stay home and self-isolate due to financial insecurity.

Had Republicans accepted expansion dollars, it would have made healthcare more affordable for 82,000 adults, would have helped hold down the cost of individual insurance plans, and would have captured Wisconsin’s fair share of the federal funding for Medicaid expansion that 37 other states have been using to improve the health of their communities.

State health officials are warning lawmakers about a dramatic increase in enrollment in the state's Medicaid program as the coronavirus outbreak pushes more people into financial distress. We are now poorly prepared to handle this.

Aren't we lucky to be the only state in the nation where Republicans chose to have citizens pay MORE for healthcare and get LESS in return?

You can send a message to Republicans in our legislature that that has to change, by voting "Yes" on the BadgerCare expansion on your ballot in November.

Legislators Pay More to Get Less: The High Cost of Refusing Medicaid Expansion