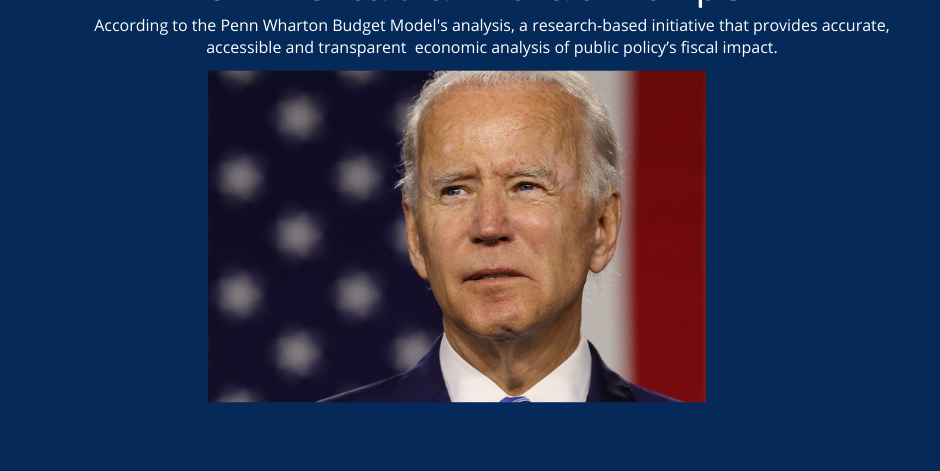 "Joe Biden's economic proposals would create a faster-growing economy, higher wages for American workers and reduce the debt compared to where the U.S. is headed under President Donald Trump."

Their analysis finds that Biden's economic plan boosts growth by 0.8%, raises wages by 1.5%, and lowers the federal debt by 6.1%.

Wharton also found that Biden's proposed environmental and social programs, often criticized by the GOP, would largely pay for themselves.

The Penn Wharton Budget Model's analysis found that Biden's platform would raise $3.4 trillion in new tax revenue between fiscal 2021 and 2030 while increasing spending by $5.4 trillion. The vast majority of the increases would hit the top 1% of earners.

Richard Prisinzano, director of policy analysis at the nonpartison Penn Wharton Budget Model, said: "If you got the U.S. on this path, you would lower the debt and raise GDP. It is productive spending that Mr. Biden is proposing."

PWBM ANALYSIS OF THE BIDEN PLATFORM

A Breakdown of the Biden Policy Platform: Five Key Takeaways

The Mission of the Penn Wharton Business Model