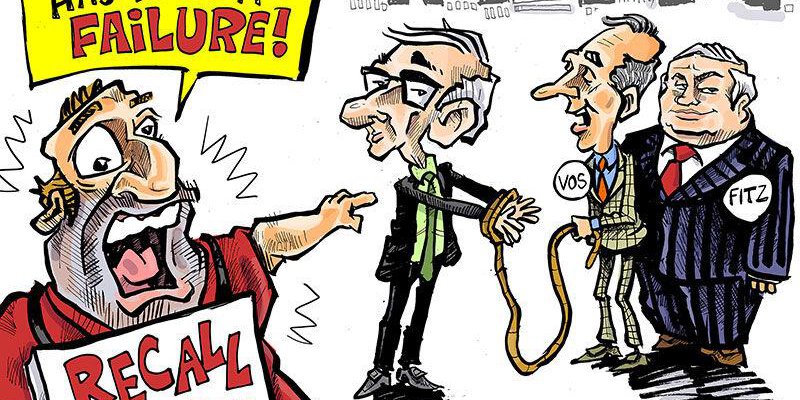 Since the beginning of October, the seven-day average of daily new coronavirus cases has risen by almost 40 percent. Covid-19 deaths have increased by more than 95 percent over the month.

What makes Wisconsin unique is the role political polarization has played. It’s not just that its voters are divided enough to make Wisconsin a swing state in presidential elections. The state government is also divided, and that’s had clear consequences: Gov. Tony Evers, a Democrat, has repeatedly tried to enact new restrictions and policies to combat Covid-19, only to have them threatened or overturned by Republican lawmakers.

Gov. Evers first health mandate was overturned by Republicans in a court case that was decided by the conservative-majority in the Wisconsin Supreme Court in May. While Republicans sued and won, they then presented no plan to control the spread of the virus and they had effectively tied Gov. Evers hands.

Cases gradually rose after restrictions were loosened in May, then skyrocketed as the public eased up — gathering for Labor Day, going back to bars and indoor dining, and returning to college campuses.

Gov. Evers reinstated an emergency health mandate as infections, hospitalizations and deaths rose, but Republicans once again sued to have it overturned, this time losing in court.

Wisconsin Republicans have spent more time and money suing during the pandemic than working to protect the people of Wisconsin. In fact, they have spent over $2 million in taxpayer dollars suing Gov. Evers this year alone.

The Wisconsin Legislature has also been the least active state legislative body in the nation since states began taking measures to combat the COVID-19 pandemic, according to the National Conference of State Legislatures.

And now Republicans are attempting to recall Gov. Evers.

Experts argue that the state needs a united front to take down the coronavirus — and, in particular, the state’s Republican leaders have to accept what scientists have repeatedly said on Covid-19.

Instead they are attempting to recall Gov. Evers.