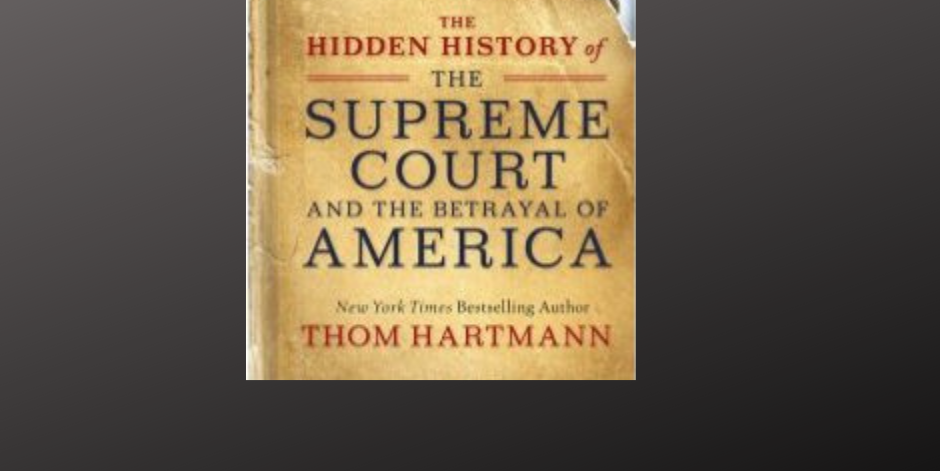 The Hidden History of the Supreme Court by Thom Hartmann

Join us for a discussion of the book, The Hidden History of the Supreme Court and the Betrayal of America by Thom Hartmann.

Thom is a popular progressive radio host in America and a New York Times bestselling author,

Taking his typically in-depth, historically informed view, Thom Hartmann asks: What if the Supreme Court didn't have the power to strike down laws? According to the Constitution, it doesn't. From the founding of the republic until 1803, the Supreme Court was the final court of appeals, as it was always meant to be.

So where did the concept of judicial review start? As so much of modern American history, it began with the battle between the Federalists and Anti-Federalists, and with Marbury v. Madison.

Hartmann explains how the Supreme Court has spilled beyond its Constitutional powers in a series of rulings, including how it turned our elections over to American and foreign oligarchs with twin decisions in the 1970s, setting the stage for the very richest of that day to bring Ronald Reagan to power.

A link to the Zoom will be sent out to those who have subscribed to our weekly email updates. To subscribe, contact us by email.