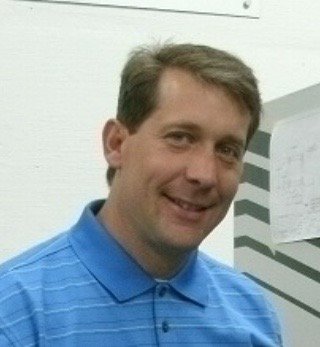 Tyson Froh is a board member of the Kenosha County Democratic Party.  He's been an active member of the party for over 10 years and has held other positions as well.

Tyson was raised in Kenosha and attended Kenosha schools for most of his childhood.  Tyson, his wife, Marie and their two sons live in Somers.  They are an active family and their children have grown interested in social justice issues and advocacy.

For as long as he can remember, Tyson has been passionate about worker's rights and civil rights as well as history and politics.  His passion grew into advocacy and he has been volunteering on many campaigns over the years.

In March 2011, Tyson and his wife began the Kenosha's chapter of Drinking Liberally- under Living Liberally. This chapter promotes community engagement, advocacy and education on issues impacting our community, state, country and world.

Much of Tyson's career has been working in the union trades. His trade skills include drywall finishing and machining.

In his spare time, he enjoys watching his sons play baseball, spending time with friends and family, tirelessly maintaining their Volkswagon, enjoying their family farm in Central Wisconsin and travelling near and far. Sunsets on the beach are also right up his alley.