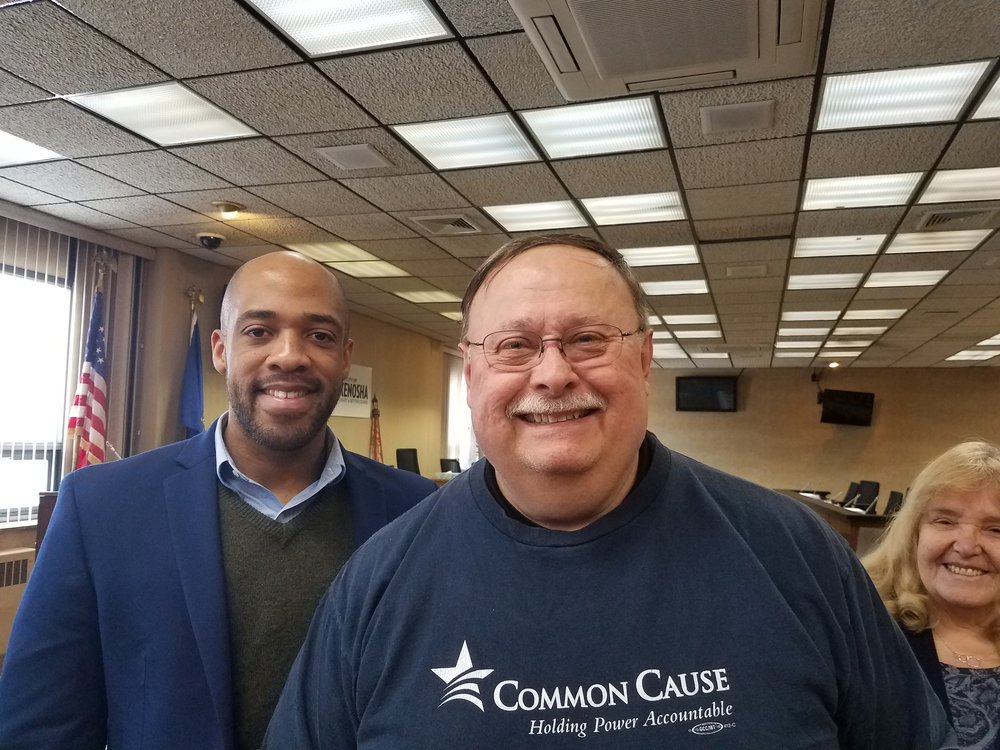 Joe Dubaniewicz, Board Member at Large for the Kenosha County Democratic Party (2017- ). I joined the Wisconsin Dems in 2015 after a few decades of living and working in Lake County Illinois in the Tenth Congressional District. I was instrumental in opening a year-round satellite office in Waukegan to serve the Democratic Party in Lake County and that idea was repeated by helping to open a permanent office in Kenosha County.

My first memories of political activism was as a college student during the Vietnam War and the May 4, 1970 Kent State massacre, when I joined the local Students for a Democratic Society while some other classmates joined the John Birch Society. Since then, I actually stayed out of politics and just concentrated on a career and family until 30 years later.

In 2000, the appointment of George W Bush for President by the Supreme Court over the rightful winner, Al Gore, turned me into an activist again. This time it was for justice with the ACLU and Common Cause, and for the environment with the Sierra Club and RENEW Wisconsin. I participate very actively with these groups in both Wisconsin and in Illinois, where my daughter lives. In 2008-2012, I campaigned for and then worked for President Obama as an ACA Certified Navigator in 2014. Once a former cog in the corporate worlds of chemical engineering, software development, and sustainability, I am now a happily retired environmental and political activist living the good life in Kenosha County.