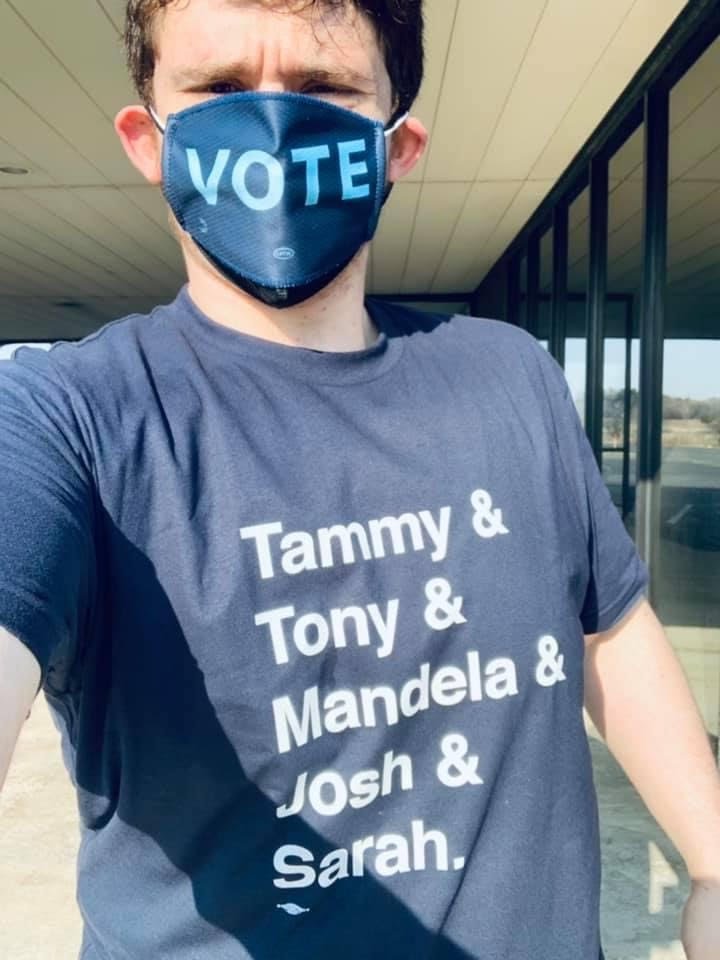 Joe Cardinali joins our board as a College Democrats leader. Joe leads the UW-Parkside Dems and serves as a liaison between our two organizations.

Joe has a deep and innate passion for not only the advancement of progressive politics, but also his community and strive to always find new ways to fight for justice and equality. This began when Joe volunteered to coach youth sports at age 15, continued when he became the youngest elected official in Kenosha County history at the age of 18, and remains as such while he serves on a variety of committees and boards, including but not limited to currently serving as the College Democrats of Wisconsin Vice Chair, WI 1st CD Democrats Executive Board Vice Chair, UW-Parkside College Dems Chair, WisDems Community Captain for Kenosha County, and on the Kenosha County Democratic Party’s Outreach/Education, Candidate Training, and Fundraising Committees, as well as previously sitting on CUSH’s Transportation Task Force, Bridge’s Executive Board for Mental Health, the Racine-Kenosha Action Alliance Agency, various racial equality coalition groups (and Fair Maps), and on a local non-profit I founded and previously served as President.

Additionally, Joe has worked on several local, state, and national Democratic political campaigns with a variety of roles ranging from canvasser to phone bank captain to campaign manager. Joe previously served on the KCDP Board from 2016-2019, as well as the Kenosha County Democratic Party Membership and GOTV Chair.

In his spare time when not consuming or researching various political content/issues, Joe enjoys reading, watching/playing sports (especially basketball), and finding new ways to serve the community or party.